Banana need a lot of fertilizer to grow and have a well-developed but shallowly distributed root system. Bananas need the most potassium fertilizer.

The leaves of banana trees are light green or yellow-green. Small and thin, with reddish leaf sheaths, leaf pings and mid-assist. The leaves are slow to grow and the spacing is short.

The leaves of banana trees are broken, the fruits are early yellow and the old leaves lose their green color. The middle helper is bent and the leaf blade is curled back to the leaf base.

Banana tree phosphorus deficiency. The new leaves are slow to draw out, and the old leaves lose green at the edge. Then, purple spots appear. Finally, it converges into jagged dead spots and the petiole is broken.

The lateral veins of the young leaves of banana tree become thicker, especially those near the leaf helper. Then the leaf margins near the tip of the leaf lose their green color. Also shows that the new leaves only have the middle help and the leaf blade is not carved.

Banana’s young leaves leaf yellowing. Then, there is block jaundice at the leaf margin and thickening of lateral veins, similar to calcium deficiency.

When transplanting, apply organic fertilizer of well-rotted chicken manure + urea + calcium + potassium sulfate or compound fertilizer. About 20 days after planting in spring. When the seedlings have 1~2 new leaves, start to apply thin manure water or urea solution. In May, a late spring fertilizer is applied to promote the growth of banana seedlings and cultivate strong seedlings. 22~24 new leaves are produced in July~August, when the banana plant has entered the bud differentiation period. Therefore, heavy fertilizer is applied twice in July~September to promote flower bud differentiation and young spike formation.

According to the soil measurements, most of the soils in which bananas grow have not planted bananas for many years before. 140~150 plants/acre, while target yield 4.5~5 tons. The total fertilizer application was controlled at 618~923 grams of nitrogen. 286~397 grams of phosphorus and 950~1385 grams of potassium per plant.

2. Fertilization of plantain in the single plant

Fertilization of plantain is different from the cultivation of spring and summer plantains.

Apply early spring fertilizer once in early March to accelerate the development of fruit and the pre-nutritional growth of the current plant, and apply thin fertilizer three times from March to May and heavy fertilizer once in late May. From July to September, the total number of leaves grows to 28-30, which means the flower bud differentiation has started.

Fertilization of plantain should be based on the word early and sufficient.

①Fertilization method of the first year

We can apply 3 times of thin fertilizer from August to October to promote early buds and strong buds. At the same time, it accelerates the growth of the second plantain plant. We can apply 1 over-chilling fertilizer at the end of October. Subsequently, we applied one more thin fertilizer to lay the foundation for strong fruit in the first planting and nutritious late growth of the banana plant in the second planting. This will ensure a smooth overwintering of the fruit and the banana plant. 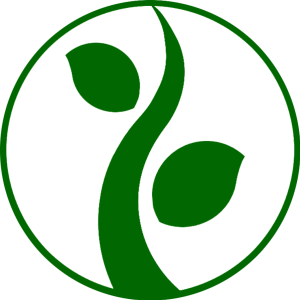